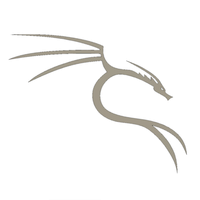 Next month, Timur Gareyev will play nearly 50 opponents at once - blindfolded. Can neuroscientists reveal how he performs such incredible mental feats?

Even by world record standards, it sets a high bar for human performance. Next month in Las Vegas a chess player named Timur Gareyev plans to take on nearly 50 opponents at once. But that is not the hard part. While his challengers will play the games as normal, Gareyev himself will be blindfolded.

The 28-year-old already stands out in the rarefied world of blindfold chess. He has a fondness for bright clothes, a hairstyle that morphs from mane to mohican, and he gets his kicks from Base jumping. He has proved himself a contender, too. In a 10-hour chess marathon in 2013, Gareyev played 33 games in his head simultaneously. He won 29 and lost none. The skill has become his brand: he calls himself the Blindfold King.

But Gareyev’s prowess has drawn interest from beyond the chess-playing community. In the hope of understanding how he and others like him can perform such mental feats, researchers at the University of California in Los Angeles called him in for memory tests and brain scans. They now have their first results.

“The ability to play a game of chess with your eyes closed is not a far reach for most accomplished players,” said Jesse Rissman, who runs a memory lab at UCLA. “But the thing that’s so remarkable about Timur and a few other individuals is the number of games they can keep active at once. To me it is simply astonishing.”

Gareyev learned to play chess in Tashkent when he was six years old. Tutored by his grandfather, he entered his first tournament aged eight and soon became obsessed with competitions. At 16, he was crowned Asia’s youngest ever chess grandmaster. He moved to the US soon after, where his obsession switched to poker, but as a student he still helped the University of Texas in Brownsville win its first national chess championship. In 2013, Gareyev was ranked the third best chess player in the US.

To the uninitiated, blindfold chess seems to call for superhuman skill. But displays of the feat, also known as sans voir, go back centuries. The first recorded game in Europe played out in 13th-century Florence. In 1947, the Argentinian grandmaster Miguel Najdorf played 45 simultaneous games in his mind. He won 39 times in the 24-hour session and was reportedly unable to sleep for three days afterwards. For the Blindfold King’s crown to sit more comfortably, he must beat the record 46 games played at once by the German Marc Lang in 2011.

Accomplished players can learn to play blind even without realising it. The nature of the game is to run through possible moves in the mind to see how they play out. From this, regular players develop a memory for the patterns the pieces make, the defences and attacks. “You recreate it in your mind,” said Gareyev. ‘A lot of players are capable of doing what I’m doing.”

The scans also found much greater than average communication between parts of Gareyev’s brain that make up what is called the frontoparietal control network - used in almost every complex task.

The real mental challenge comes from playing multiple games at once in the head. Not only must the positions of each piece on every board be memorised, they must be recalled faithfully when needed, updated with each player’s moves, and then reliably stored again, so the brain can move on to the next board. Gareyev said that to remember each board, he must be focused and deliberate. “If I skip from one board to another too quickly, when I come back to it, it’s not perfect and at times I’ll mess up.” First moves can be tough to remember because they are often so humdrum: a pawn in front of the king or queen advances two squares. But the end games are taxing too, as exhaustion sets in. When Gareyev is tired, his recall can get patchy. He sometimes makes moves based on only a fragmented memory of the pieces’ positions.

To train for the record attempt, Gareyev has been on a chess tour that builds in a hefty schedule of exercise and yoga backed up with healthy eating. Next week, he will play ten games blindfolded at the Society for Neuroscience meeting in San Diego. At the same conference, Rissman’s team will unveil the latest results from their tests on the player.

The scientists first had Gareyev perform some standard memory tests. These assessed his ability to hold numbers, pictures and words in mind. One classic test measures how many numbers a person can repeat, both forwards and backwards, soon after hearing them. Most people manage about seven. “He was not exceptional on any of these standard tests,” said Rissman. “We didn’t find anything other than playing chess that he seems to be supremely gifted at.”

The colour of the circles denote different functional networks of the brain, and the blue lines show the strongest connections in Gareyev’s brain at rest.

But next came the brain scans. With Gareyev lying down in the machine, Rissman looked at how well connected the various regions of the chess player’s brain were. Though tentative and as yet unpublished, the scans found much greater than average communication between parts of Gareyev’s brain that make up what is called the frontoparietal control network. Of 63 people scanned alongside the chess player, only one or two scored more highly on the measure. “You use this network in almost any complex task. It helps you to allocate attention, keep rules in mind, and work out whether you should be responding or not,” said Rissman.

It was not the only hint of something special in Gareyev’s brain. The scans also suggest that Gareyev’s visual network is more highly connected to other brain parts than usual. If confirmed in further work, the areas of his brain that process visual images - such as chess boards - may have stronger links to other brain regions, and so be more powerful than normal. While the analyses are not finalised yet, they may hold the first clues to Gareyev’s extraordinary ability.

For the world record attempt, a blindfolded Gareyev hopes to play 47 games at once in about 16 hours. He will need to win 80% to claim the title. “I don’t worry too much about the winning percentage, that’s never been an issue for me,” he said. “The most important part of blindfold chess for me is that I have found the one thing that I can fully dedicate myself to. I miss having an obsession.”