Researchers often use the term “sensitivity ” when theorizing that certain persons may be more readily affected by various influences than others. Through a review of the literature, it is argued that some individuals are disposed toward a range of sensitivities that, in
novelty as well as intensity, distinguish them from the general population. The author cites evidence indicating that such persons exhibit greater susceptibility to a range of environmental factors including allergies, migraine headache, chronic pain, and chronic fatigue.

Their immediate family members appear to be similarly affected. Additionally, these “sensitive” individuals report a high degree of anomalous perception. While no single factor in a person’s background is likely to distinguish him/her as sensitive, eight demographic or personality factors are found to be significant ...

...Both Hartmann and Dabrowski have highlighted the penchant for sensitives to immerse themselves in something, be it sensory experience, an intellectual task, or fantasy. This ability, which can occasion the loss of one’s normal sense of time and space, is termed “absorption.” As first articulated by Tellegen and Atkinson, is “a disposition for having episodes oftotal attention . . . result[ing] in a heightened sense of realityof  the  attentional  object,  imperviousness  to  distracting events, and an altered sense of reality in general.” Some statements conveying this capacity are the following:

●The sound of a voice can be so fascinating . . . that I can
just go on listening to it.

●While acting in a play, I have sometimes really felt the
emotions of the character and have “become” him or her
. . . forgetting, as it were, both myself and the audience.

●I can sometimes recollect certain past experiences in my
life with such clarity and vividness that it is like living
them again.

●If I wish, I can imagine (or daydream) some things so
vividly that they hold my attention in the way a good
movie or story does

Absorption is closely related to both hypnotic susceptibility and dissociation (a lack of identification with one’s body and immediate feelings). Lines between what is manifestly real and what is imaginary become blurred as the person becomes immersed in some reverie or experience, to the point he/she can become dissociated from actual bodily feelings during those  periods.  Such  deep  experiences  are  sometimes  per-
ceived as mystical or transcendent ... 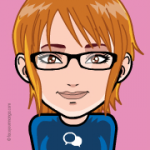 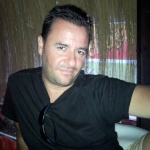