Being bullied is an aversive experience with short-term and long-term consequences, and is incorporated in biopsychosocial models of psychosis. We used the 2000 and the 2007 British Adult Psychiatric Morbidity Surveys to test the hypothesis that bullying is associated with individual psychotic phenomena and with psychosis, and predicts the later emergence of persecutory ideation and hallucinations.

We analysed two nationally representative surveys of individuals aged 16 years or older in Great Britain (2000) and England (2007). Respondents were presented with a card listing stressful events to identify experiences of bullying over the entire lifespan. We assessed associations with the dependent variables persecutory ideation, auditory and visual hallucinations, and diagnosis of probable psychosis. All analyses were controlled for sociodemographic confounders, intelligence quotient (IQ), and other traumas.

We used data for 8580 respondents from 2000 and 7403 from 2007. Bullying was associated with presence of persecutory ideation and hallucinations, remaining so after adjustment for sociodemographic factors, IQ, other traumas, and childhood sexual abuse. Bullying was associated with a diagnosis of probable psychosis. If reported at baseline, bullying predicted emergence and maintenance of persecutory ideation and hallucinations during 18 months of follow-up in the 2000 survey. Controlling for other traumas and childhood sexual abuse did not affect the association between bullying and psychotic symptoms, but reduced the significance of the association with diagnosis of probable psychosis. Bullying was most strongly associated with the presence of concurrent persecutory ideation and hallucinations.

Bullying victimisation increases the risk of individual psychotic symptoms and of a diagnosis of probable psychosis. Early detection of bullying and use of treatments oriented towards its psychological consequences might ameliorate the course of psychosis. 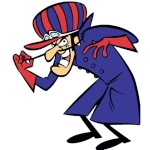